At 225Kg, Guhonda is the largest silverback mountain gorilla in the world. He is the alpha male of the Sabinyo group and is often seen in the company of one of the group’s several adult females.

Rwanda’s Volcanos National Park (Parc National Des Volcans) is home to some of the critically endangered mountain gorillas. The apes of Central Africa face danger from habitat loss, hunting and armed conflic in the border region of the Democratic Republic of Congo and Rwanda.

As their habitat in increasingly encroached upon, mountain gorillas become exposed to a host of human pathogens. Long term conservation efforts have been credited for an increase in population; from 620 individuals in the early 1990s to 880 in 2011. 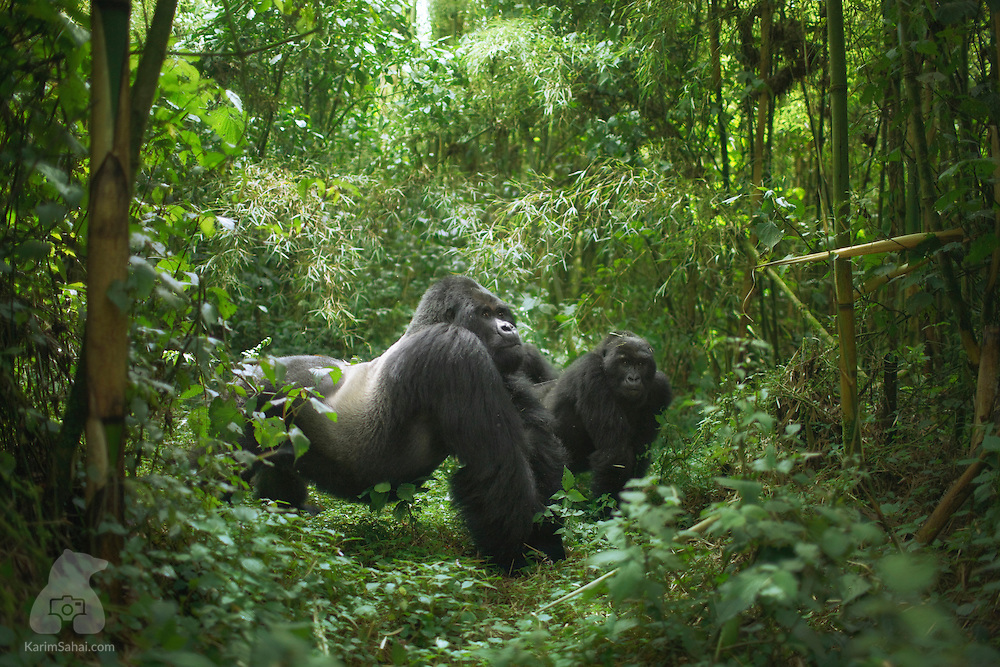