Cape Farewell - a headland of Cretaceous quartz sandstone - is the South Island's most northerly point and was named by Captain James Cook upon leaving New Zealand in 1770. To its east lies the shifting sand dunes of Farewell Spit, a 15-mile long formation composed of erosional quartz sand from the west coast of the South Island, transported by the coastal drift. 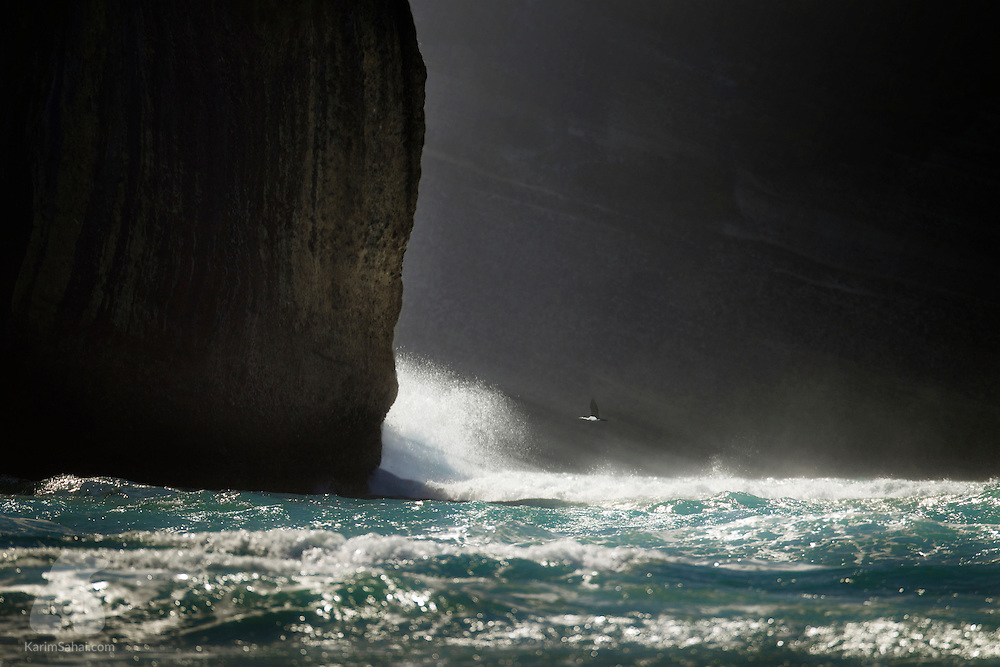