Filmmaker and digital visual effects artist Victor Huang holds a custom stereoscopic video camera during a gathering of thousands of supporters of film director Sir Peter Jackson. The rally held on Civic Square was attended by close to 3000 film industry workers, and wellingtonians in a show of support for the upcoming Hobbit films, a two-part prequel to the Lord of The Rings film trilogy...The Hobbit has been mired in industrial dispute involving New Zealand Actors' Equity (NZAE), an actors union, and the films' producers. NZAE's initial demand for a collective agreement was followed by a boycott of the films by the actors' union; a stance credited for threatening to derail the filming of The Hobbit in New Zealand and putting in jeopardy thousands of film industry jobs. Public opinion polls have overwhelmingly showed the unions are blamed by New Zealanders for the row that has threatened the $500 million USD project. 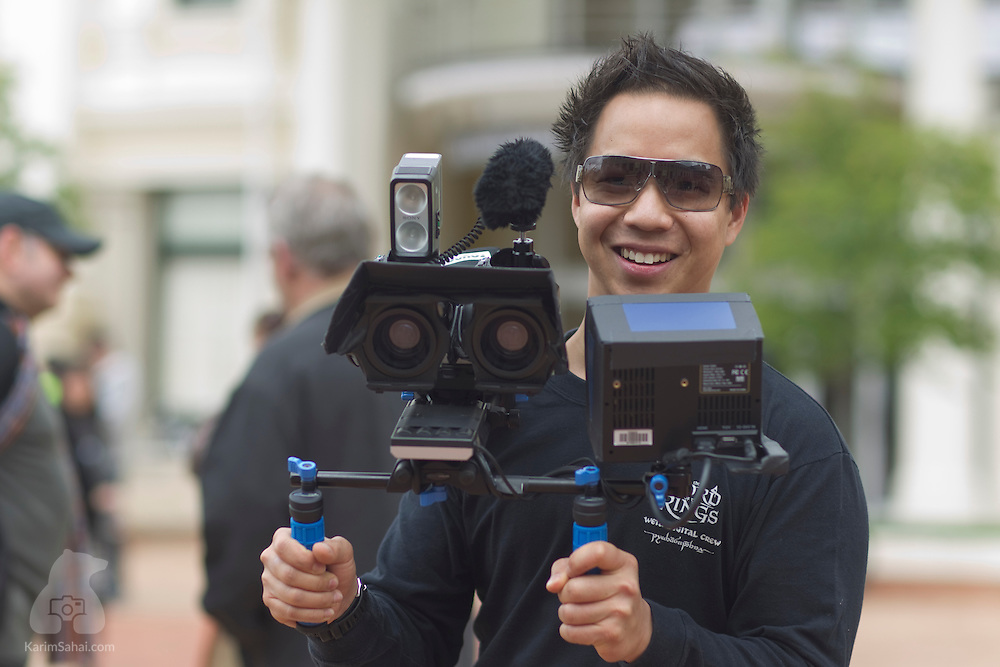