Tuatara (Sphenodon punctatus) are rare, medium-sized reptiles only found in New Zealand. They are the only extant members of the Sphenodontia family dating back 200 million years. All species apart from the tuatara declined and eventually became extinct about 60 million years ago.

Tuatara are therefore of huge international interest to biologists and are also recognised internationally and within New Zealand as species in need of active conservation management.

The name "tuatara" comes from the Maori language, and means "peaks on the back". As with many Maori words, the plural form is now generally the same as the singular in formal New Zealand English usage.

Tuatara reproductive rate is very slow. Sexual maturity takes up to ten years. Tuatara probably have the slowest growth rates for all reptilians, continuing to grow larger for the first 35 years of their lives. Tuatara live 65 years on average. Some specimens can live to be over 100 years old 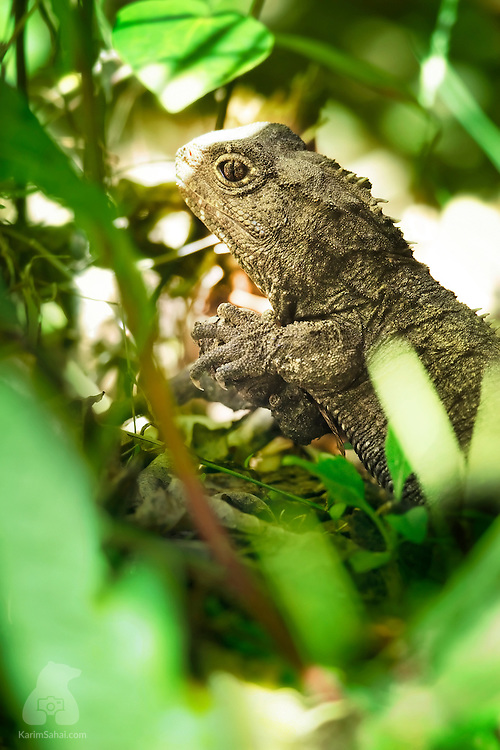