The Pushkar 'sarovar' (lake) holds major significance for Hindus. According to the Mahabharata and several Hindu epics, the demon Vajra Nabha attempted to kill Lord Bhrahma's children. In retaliation, Bhrama killed himwith a lotus whose petals fell in three locations. One of which is Pushkar. Lord Bhrama is said to have performed a sacrifice at the lake, on Karthik Purnima (full moon of the Kartika month, in the Bengali and Hindu calendars). Thousands of Hindu pilgrims travel to Pushkar during this period to perform elaborate rituals and bathe which is said to help in one's quest for salvation from all sins. 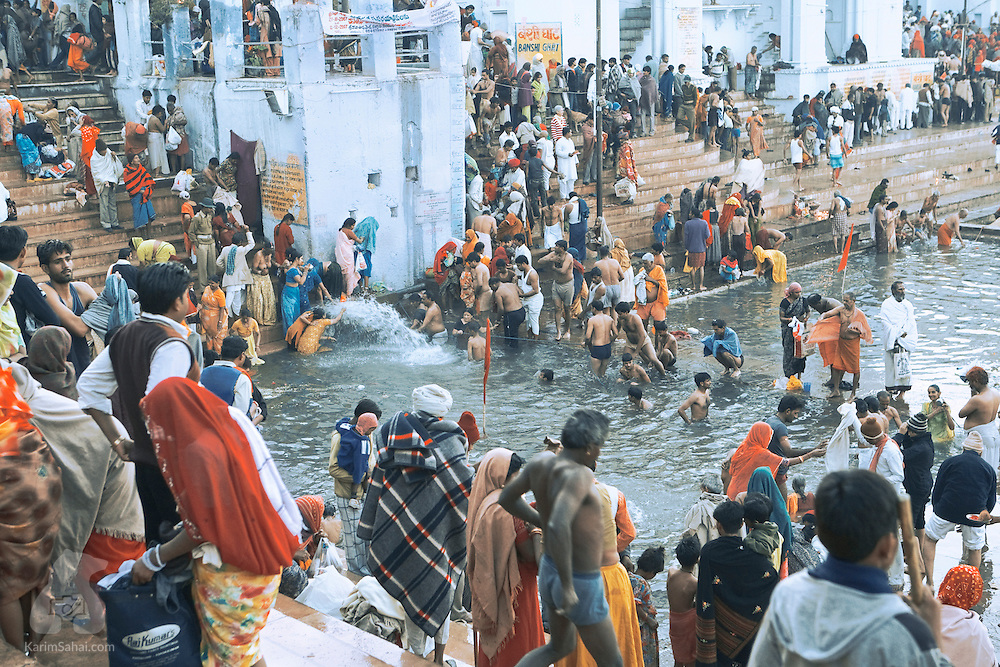